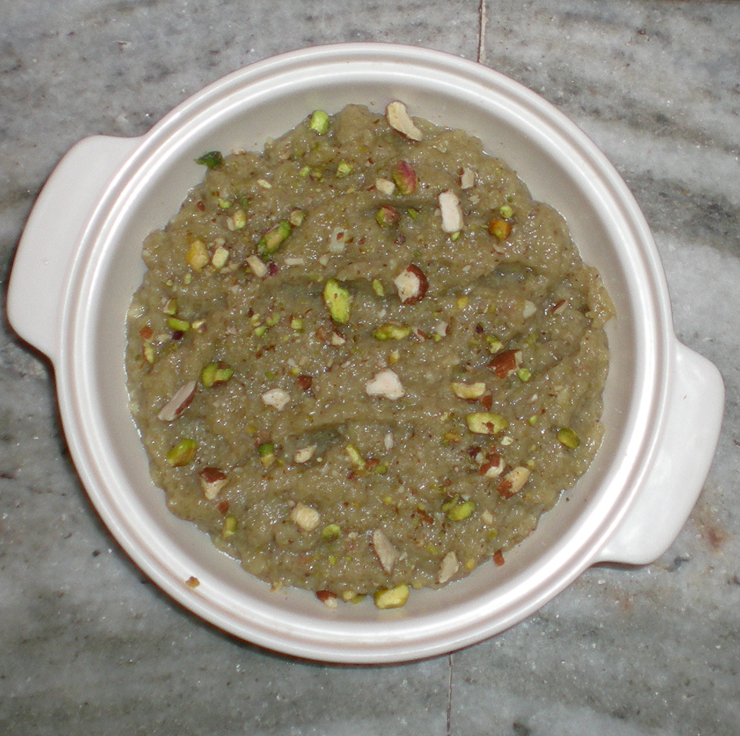 Peel off the kaddu skin and cut them into medium sized pieces. Take the beans out of it and pressure cook it in milk and cardamom till it’s tender.

Take out the mixture and smash it in a big vessel.

SautÃ© it for 5 minutes and then add ghee. Stir continuously till the ghee is released.

You can add khoya / mawa or milkmaid instead of dry milk powder.