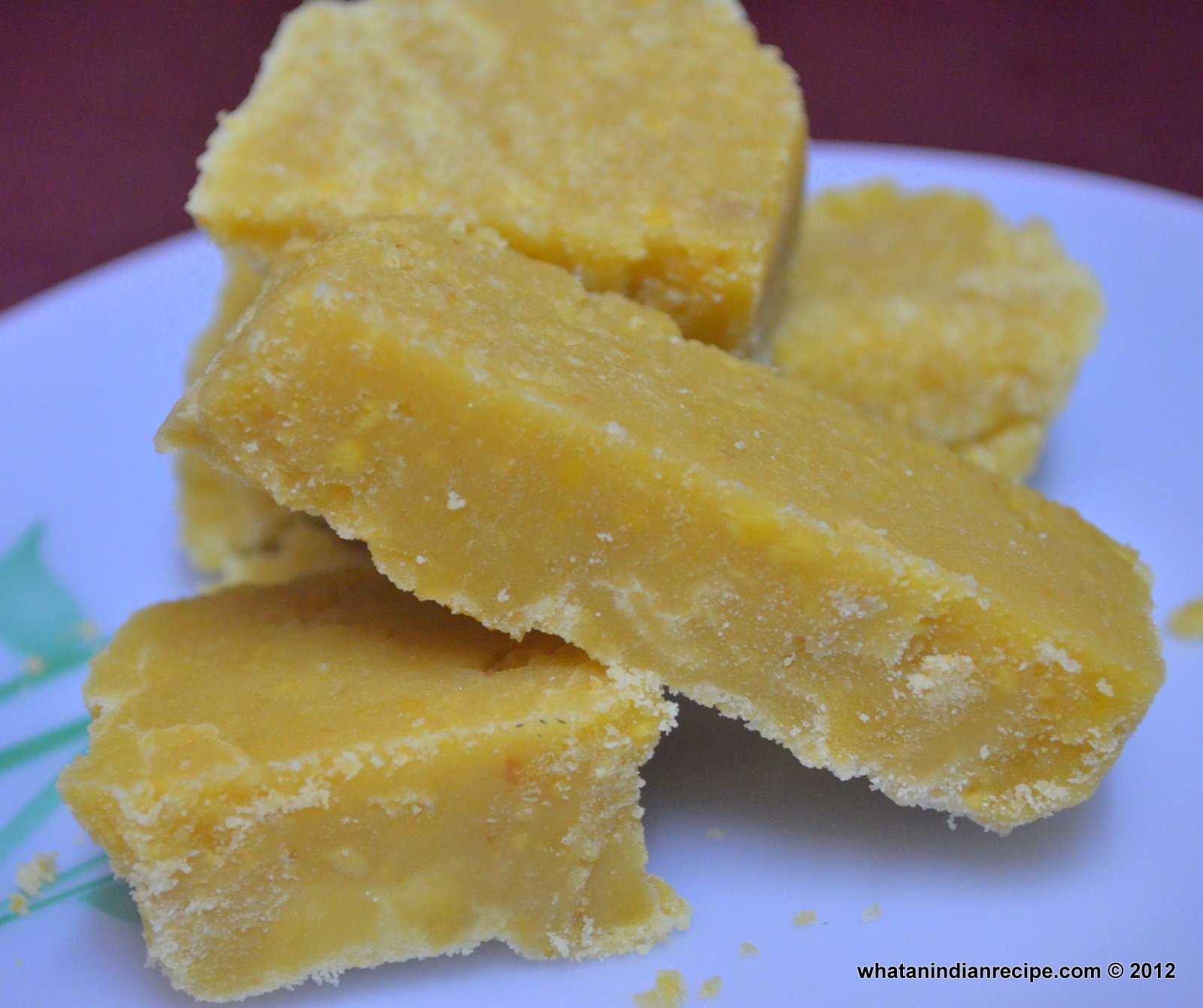 Mysore Pak is a sweet dish of Karnataka, India, usually served as dessert. It is made of generous amounts of ghee (clarified butter), sugar and gram flour. It is said that Mysore Pak was first created in the kitchens of the Mysore Palace by a palace cook named Kakasura Madappa out of the above ingredients.The king relished the sweet so much that it became a “Royal Sweet” and was called “Mysore Pak”

Sift the gram flour to so as to avoid any lumps.

Once you get the right sugar syrup consistency add the roasted besan to this add mix well. Also add the remaining ghee to it and keep stirring till the ghee starts leaving the sides and the mix takes the form of halwa. Once the right consistency of this mix is attained pour in a greased plate and level it and then  cut them in desired shape.