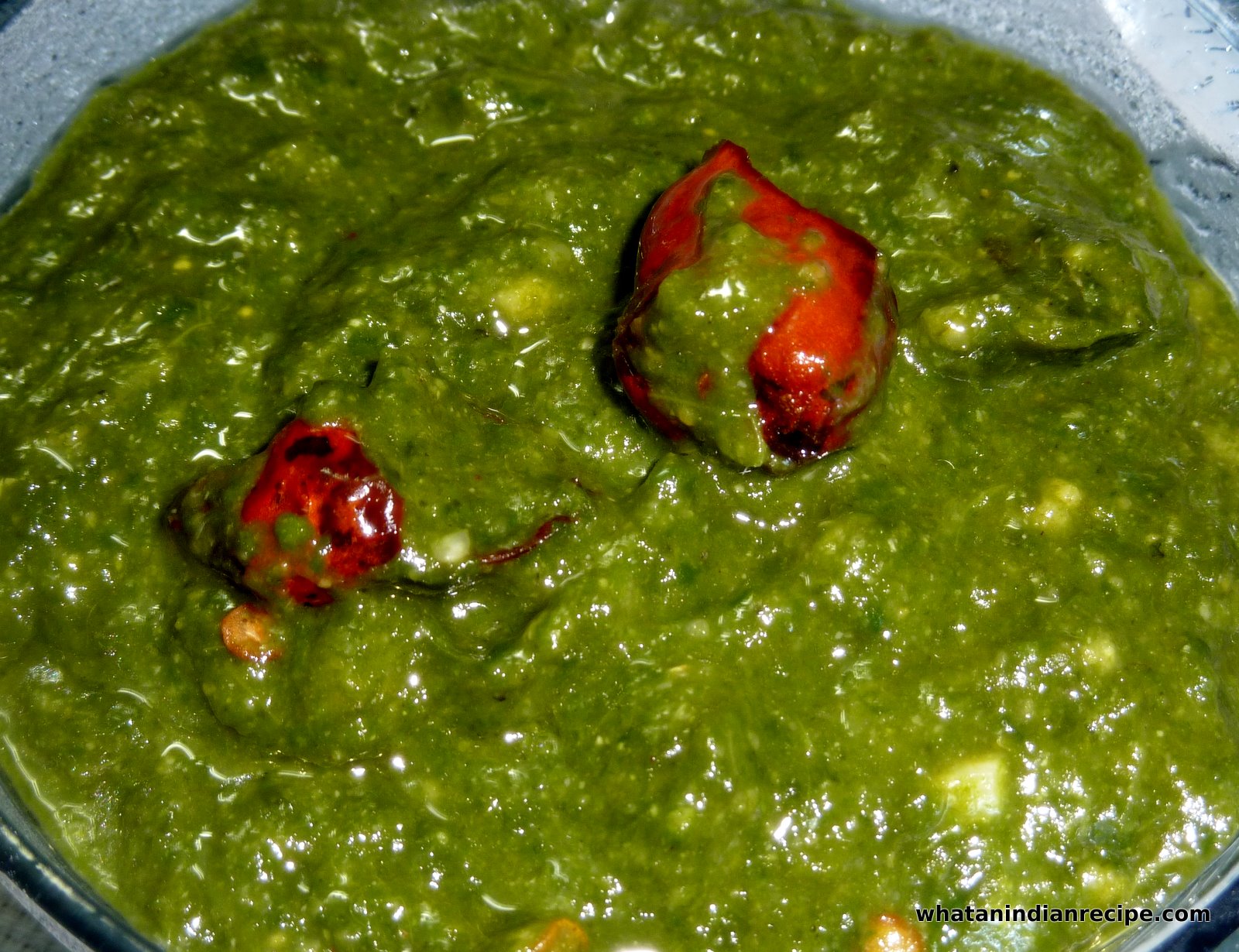 Sarson Da Saag is a popular dish Of Punjab in India and is made from mustard leaves (sarson) and spices. It is regarded as the traditional way of making saag and is traditionally served with makke di roti which literally means (unraised) corn bread.It can be topped with either butter (unprocessed white or processed yellow butter) or more traditionally with ghee (clarified butter). Some spinach (called palak in Punjabi) can be added for added colour and thickening the dish, even if this could alter the taste.

Pressure cook the mustard leaves, spinach leaves, salt,ginger, garlic, green chillies and water up to 2 whistles. Then cook it without lid for 10 minutes. Remove from heat and cool.

Once the mix is cooled down grind it into a rough paste.

In a hot pan add the paste and then add the maize flour to it and cook for 15 minutes on low flame. Finally heat ghee (clarified butter) and season it with dry red chillies and pour over the saag.